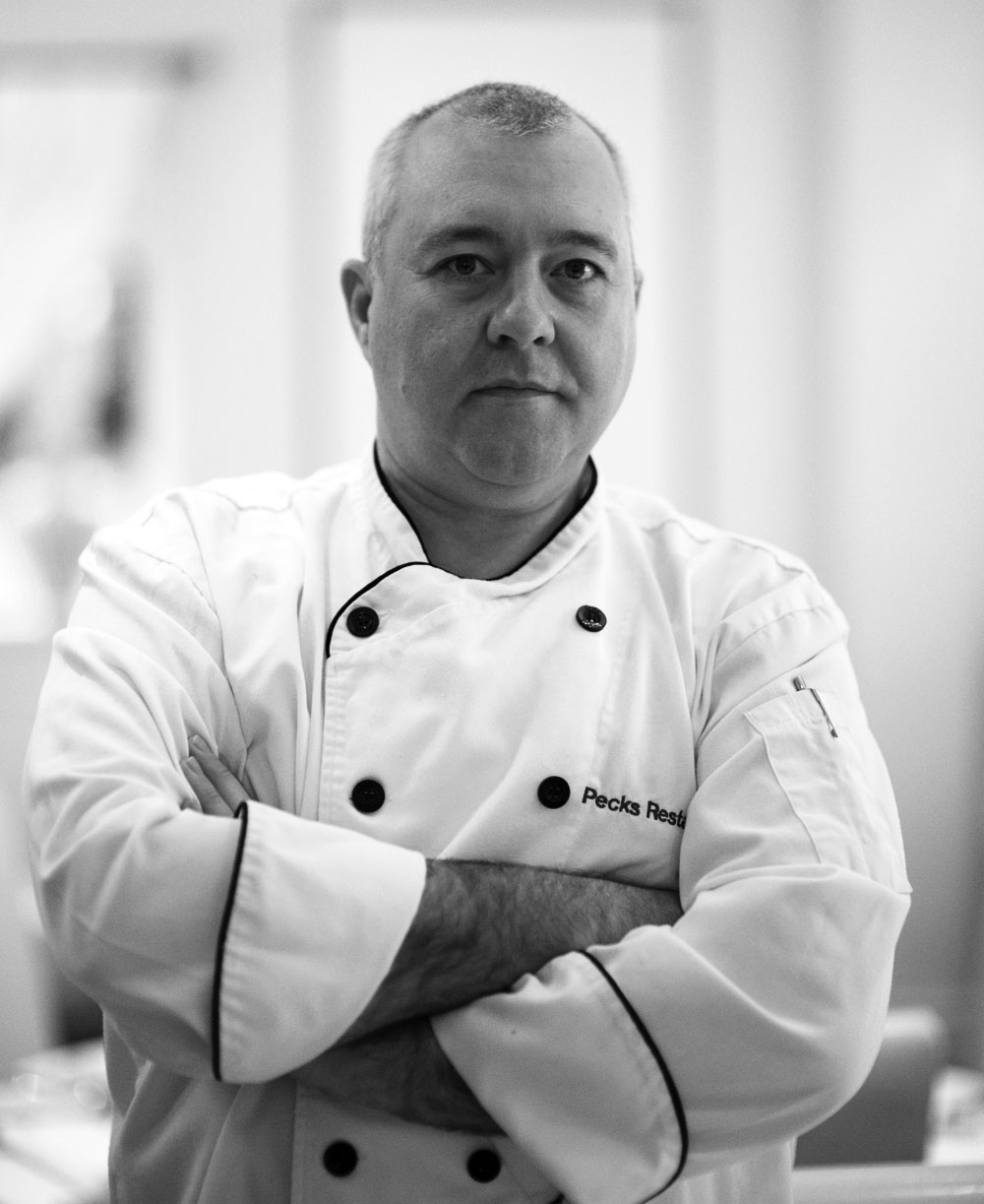 Cooking has been in Les' blood - and being a chef his driving ambition -since fondly remembered family dinners prepared by his Italian grandmother who was locally famous for her amazing traditional cucina. His mother was born in France of Italian parents.

Les joined the team at Pecks over fifteen years ago and stepped up to become head chef under the new ownership of Andy and Sue Pear, grasping the opportunity to raise his cooking to award-winning levels and adding the restaurant's first-ever inclusion in the Good Food Guide to its most recent award of a prestigious AA rosette for culinary excellence to which has been retained for the last three years. 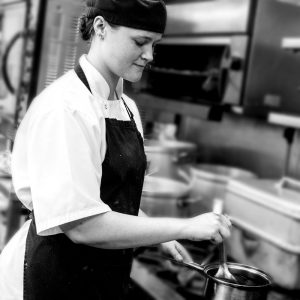 Having a keen interest in food, Chloe applied for the Apprentice Chef position at Pecks, successfully completing her apprenticeship and NVQ level 2 in Professional Cookery, working up to the Commie chef role with hard work and commitment gaining the position of Chef de Partie and further to Junior Sous now after further training and learning new responsibilities gaining the position of Sous Chef at Pecks and starting on a NVQ3 level qualification. 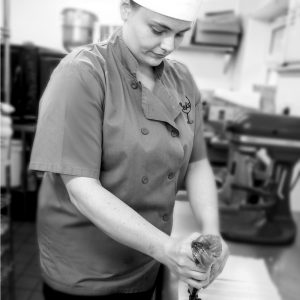 Having worked in numerous catering establishments, Aaron brings his style into Fine Dining at Pecks, developing his abilities and learning new techniques on his road of development in the catering industry.

Local boy Matt joined the staff at Pecks straight from school at the tender age of 15 over 19 years ago, rising from trainee waiter to take overall charge of the restaurant's all-important front-of-the-house duties.

He recognises the crucial value of properly trained people in maintaining Pecks exceptional standards of service because he was trained up himself "from the bottom" by the restaurant's co-founder and former owner Lucy Peck. Though still young, Matt has vast experience of delivering the Pecks experience – "not just a meal but a night out" – to the restaurant's legion of loyal customers and represents continuity of all those aspects of service that are unique to Pecks. "The Theatre of Food is something that we now would not and could not change," he says.

Matt heads up a six-strong management team and responsible for a welcoming and well-drilled part-time waiting staff of 16.

Having started out in the Catering Industry Julie has experience and knowledge, bringing a wealth of business and development ideas to the Pecks team. Customer focused with 20 years experience in customer relations at all levels, Julie is the first port of call for all business, wedding coordination and function's, offering help, information and advice. 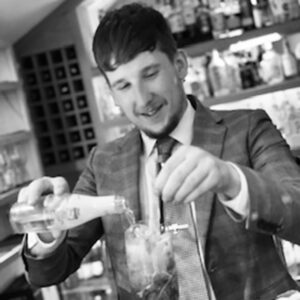 Ben started at Pecks as a part time waiter, enjoying the trade so much he applied for the Pecks Front of House apprenticeship, successfully completing his NVQ level 2 food and beverage course with promotion to Management Trainee following completion of NVQ level 3 food and beverage supervision and Personal Licence Holder in his now position as Assistant Restaurant Manager. Pecks being awarded a AA rosette for Food excellence, he received a personal mention having impressed the AA inspector with his service.

Nathan is the newest member to the team, after successfully securing a Pecks apprenticeship, he is now working hard in achieving his goals and working well towards his qualifications.